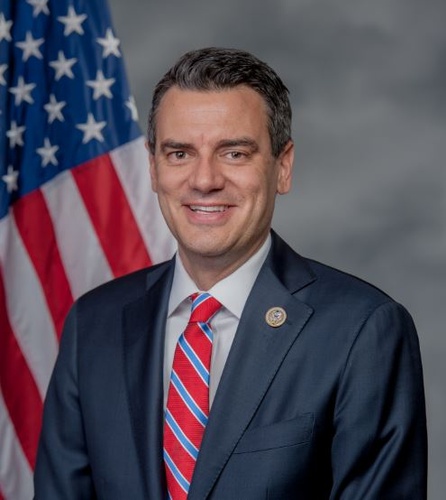 The KCK Chamber is honored to welcome Congressman Yoder to our July installation of Congressional Forum.

Representative Kevin Yoder is a 5th generation Kansan and grew up on a grain and livestock farm in rural Kansas near a town called Yoder. It was on his family farm where Kevin learned the true value of hard work, and saw first-hand the ingenuity and prairie spirit that makes Kansas such a special place. He represents the Third Congressional District of Kansas, which includes Johnson County, Wyandotte County and the northeast corner of Miami County.

In 2017, Kevin was sworn in for his fourth term and returns to the House Appropriations Committee. In the 115th Congress, he will serve as the Chairman of the Legislative Branch Subcommittee, as well as continue to serve on the Agriculture and Financial Services Subcommittees, focusing on balancing the federal budget, reducing the national debt, and supporting policies that help private sector job growth. Thanks to his work on the committee, the federal government is appropriating less money today than it was when Kevin walked into Congress. Additionally, he will serve as Vice Chairman for Member Services at the National Republican Congressional Committee (NRCC).

During his time in Congress, Kevin has focused on being a leading conservative voice in support of increased federal investment in biomedical research and was a long-time supporter of the University of Kansas Cancer Center receiving its National Cancer Institute designation in 2012. He was recently featured as a thought leader in the Science Coalition’s Science 2034 series, and has publicly advocated for increased funding at the National Institutes of Health (NIH). In 2015, Kevin helped secure the largest federal increase in research funding at NIH since 2003 through his work on the Appropriations Committee.

Additionally, as a product of public schools, Kevin has been a strong advocate for early-childhood education programs like Head Start. In 2012, the National Head Start Association (NHSA) presented Kevin with the Kansas State Children’s Champion Award for demonstrating outstanding leadership and a strong commitment to the improvement of the lives of many of the nation’s most vulnerable children, youth, and families. In 2015, for the 50th anniversary of the creation of the Head Start Program, NHSA recognized him as an inaugural recipient of the PROMISE Award, which was created to celebrate this important anniversary and recognize the bipartisan spirit that has kept Head Start strong for 50 years.

Prior to being elected to Congress, Kevin represented Leawood and Overland Park as a Representative in the Kansas State Legislature, where he chaired the House Appropriations Committee.

Kevin is a proud graduate of the University of Kansas where he received degrees in political science, English, and law. He and his family live in Overland Park.